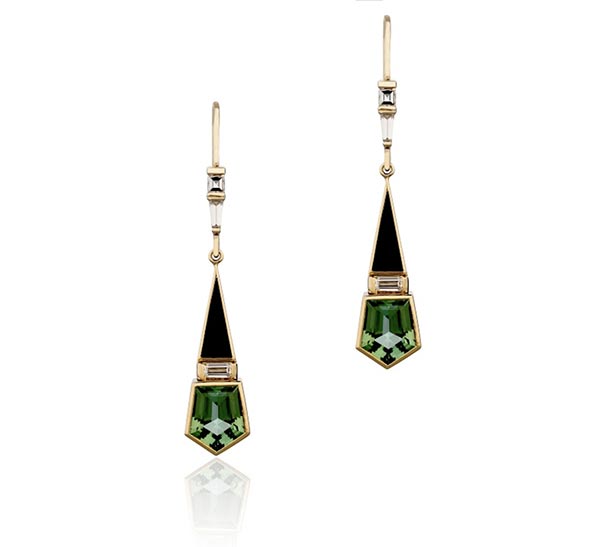 The Art Deco period was one of the most exciting, celebrated and innovative periods of jewellery in the twentieth century — and nearly one hundred years after its inception, its creations are as popular and sought after today as they were then!

So when was the Art Deco jewellery time period?

Lustrous gems that provide bold flashes of colour were a signature feature of many Art Deco jewels. Colour was officially in vogue during this time, designers could travel to (then) far-flung destinations like India, China and Egypt for inspiration — and the resultant highly saturated gemstones created pieces that felt joyous, buoyant, bright and vibrant.

Colourful gemstones regularly seen during the Art Deco period include:

#2: A STUDY OF CONTRASTS

During the 1920s and 1930s it was popular to place intoxicating, colourful gemstones alongside diamonds, in order to create a striking and superb sense of contrast.

These coloured gemstones were often used as either centrepieces or accents — which not only created bold, dramatic and eye-catching pops of colour; it also made the diamonds they were paired with look brighter. 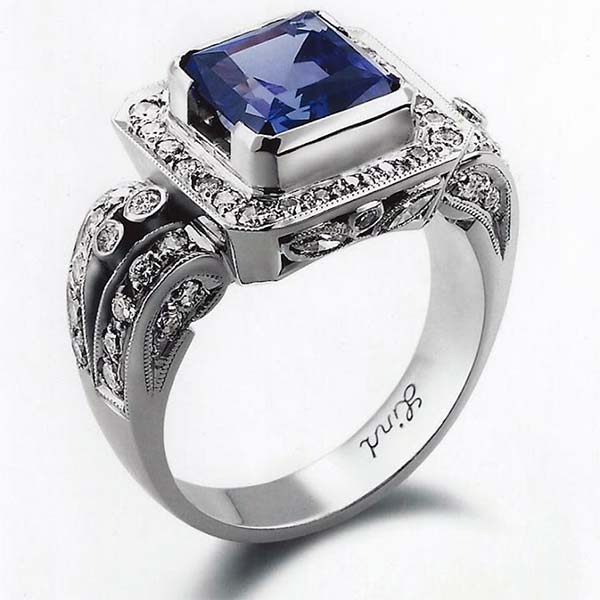 Geometric designs are one of the most recognised features of the Art Deco aesthetic. Art Deco style jewellery is defined largely by straight lines and angles, making it feel modern, sleek and clean.

Common shapes you’ll see in jewellery inspired by this period include:

Symmetry is another focal point of Art Deco style jewellery designs — so popular features like geometric patterns and lace-like filigree are usually symmetrical across every piece. The Art Deco time period saw a lot of jewellery elements that swing or move with the wearer.

Long, drop earrings were incredibly popular, and hanging pendants were bountiful — with necklaces often featuring a teardrop bead or hanging piece that swings from the main portion of the design.

Movement didn’t just mean literal movement, like that created through drop earrings, pendants and tassels. Curved shapes were commonly seen in rings, earrings and necklaces, too, and captured a beautiful sense of movement — just in a different way.

In keeping with the geometric and symmetrical style that defined the Art Deco period, step cut diamonds came into vogue during this time, too.

(For those that don’t know, a step-cut diamond is a square or rectangular shape with facets arranged as parallel lines to one another on all four sides. Step cut diamond styles include emerald, Asscher, baguette and carré — the popularity of which ALL soared to great heights during the 1920s and 30s!) 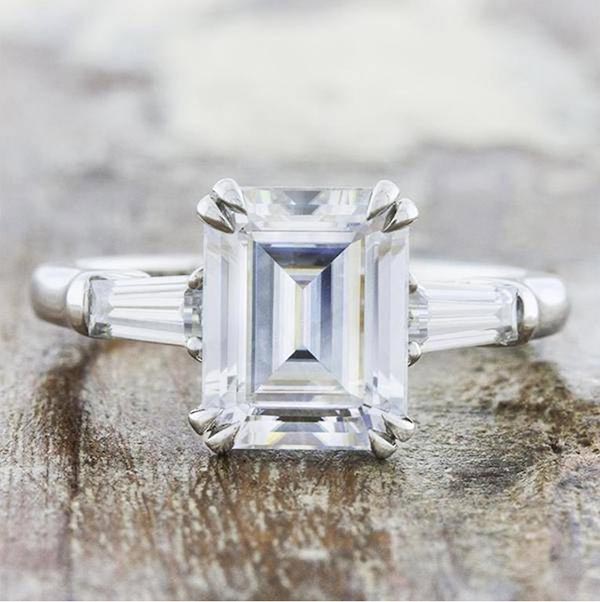 While some yellow metals were used during the Art Deco era, most were white. This cool colouring lends Art Deco pieces a sleek, modern appearance and palpable sense of sophistication.

The precious metal of choice for designers of the time was often platinum. Primarily because, in 1924, the world’s largest platinum deposit was found in northeast South Africa, which led to a boom in platinum usage as it didn’t tarnish like silver.

Other commonly seen metals were:

The discovery of King Tutankhamun’s tomb in 1922 sparked a renewed interest in Egyptian Revival designs. So, Art Deco jewellery began to feature Ancient Egyptian stylistic motifs like lotus blossoms, scarabs, pyramids, the Eye of Horus. Other overseas influences included a renewed interest in Chinese and Japanese art, which led to interpretations of dragons, pagodas and Chinese characters.

What influenced Art Deco jewellery the most?

The 1920s and 1930s were an exciting time in history, with the freedom-infused post-war energy, optimism for the future, and increase in air travel to far-flung destinations all influencing Art Deco jewellery designs.

But a couple of more crucial influences stand out:

Advancements in Technology and Machinery
The sleek forms of the machine age and increasingly industrialised environment were reflected in the dramatic lines and geometric designs of Art Deco jewellery, coupled with the influence of aviation and travel on Deco designs and innovations in gemstone and diamond-cutting.

The Evolving Role of Women in Society
Women had stepped into more industrial roles left vacant when men went to the war — and the jewellery of the time reflected that, teetering between masculine and feminine.  As the fashions became more freeing and liberating, so too did jewellery. Art Deco pieces were designed to be not just beautiful but also wearable and functional. In fact, jewellery was often crafted to be multi-purpose, with necklaces that could also be worn as tiaras, or hair clips that doubled as brooches.

What were some famous Art Deco jewellery designers?
Prominent jewellery designers during the Art Deco period were Cartier (known for their Tutti Frutti range), Van Cleef & Arpels, Boucheron, and Tiffany & Co., who have all stayed on top of emerging trends and have dazzling Art Deco creations that can still be enjoyed today.

Why is Art Deco jewellery timeless?

Today, Art Deco jewellery is still one of the most sought-after categories across rings, bracelets, necklaces and earrings.

The style has a timeless elegance, thanks to the symmetry, sparkle, contrast, and colour that the Art Deco style hallmarks. In fact, Pippa Middleton’s stunning engagement ring is Art Deco style!  Ultimately, this vintage aesthetic works beautifully with a modern wardrobe, and can be dressed up or down.

Do you want to add the style and flair of classic Art Deco design to your wardrobe? Click here to shop our collections. At Lind Jewellery Design, we create beautiful Art Deco style treasures that will remain timelessly stylish and be cherished by you and your family for generations to come.